I love the Horror genre and I know that flash games were the biggest contributor to that interest. I loved being behind the couch, peering over my *big* brave sister when she played. Never had the guts to play on my own and I assisted her instead, telling her to click there and writing down the passcodes. Now that I think of it, most horror flash games weren't very unique in terms of gameplay (at least, the ones we played). You just had to click around, moving room to room, and look for those numbers to solve the puzzles or to open the keypad. I'm sure that flash games of 2014+ had better gameplay, not that I've checked. The games I'll be mentioning were probably made in like 2008 or something lol. Not as good as I remember but they still mean something to me and the rest of nyall. 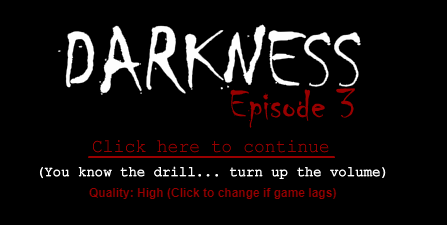 Ooo this one brings great memories. The times when my cousins would visit and we'd all gather at the family computer. Times like these are no more which is tragic. Anyway, this game is about an unlucky girl who gets kidnapped by some ghost and has to escape scary places throughout the series. First, her own home, then the hospital, and then a train station. Personally the last 2 are the best and the train one was the easier of the two. The only good part of this game was stomping on the space bar in order to escape that hideous crying lady. The backgrounds don't look that good except for the gory hospital room. Play here. To be honest I wasn't into this game after replaying it, but judging it's reviews I'm a lil more hopeful. Fun fact: This is the same creator of Straw Hat Samurai, wasn't into this game but I know it's highly rated. 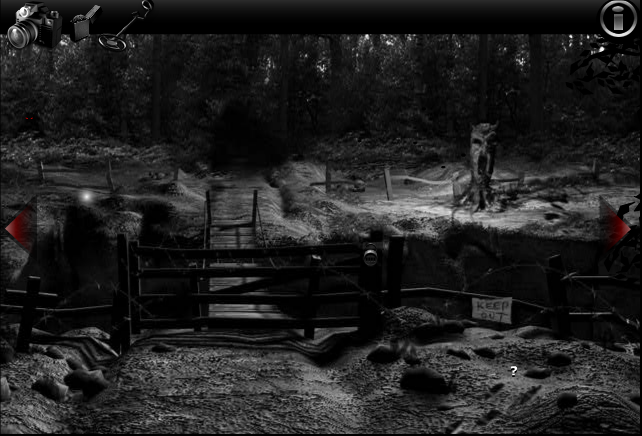 All the 'cape' series (Tombscape, Icescape) were pretty fun. Ghostcape 2 was the scariest of the series in my opinion because of the scenery, lack of color, and the DOLL. I don't like seeing that doll!! Luckily when I played, I never reached it because it was harder then I expected and I was lazy. If you like looking for things, then this game's for you :3. Took me around 20 minutes before I quit. There is some typos, but reading the diaries is interesting. There's also a TWISTY ending..epic. Play here.

Last escape game I swear!! This one looked like a nice funky game, but the ending scared the crap out of me. I can't believe they'd do such a thing. The game is about a teal idiot who falls into a hole in the desert and then has to find a banana to escape the tomb. The whole game looks like its made of playdoh and it doesn't require too much brain power. The maps do make my FAT head hurt, I always get confused with those. This game was also made by the creator of Darkness, as you can see from their Lutz logo. Play here.

A very epic game that provides a nice challenge and a variety of weapons. I never played the first one in depth, but this one has running zombies which is supposed to be much harder. My favorite aspect of this game was the time managment, you have to choose between fixing your barricade or looking for supplies in different areas. I had to restart 3 times because of my foolish choice of weaponry, a chainsaw for me and the uzi for my partners. I learned that my partners were fuckin twits cause they never aimed right. Made me scream and cry when they died though. There's also a time limit which was 40 in-game days but I finished in 24, definitely took me less than an hour. Play here.

I wouldn't have added a sequel to a game already mentioned in my gaming pages, but in this circumstance I think that LS: Union City deserves it. I could play this game over and over if I wanted too. Unlike it's predecessors, this one is an extensive RPG with a much greater variety of weapons, quests, and characters. I love exploring the homes, reading the notes left behind, finding objects like food and tools, and customizing my characters. I really am an animal for character customization heehee. You can choose your character's skills which are split into many categories such as weapon handling, knowledge, and their physical capabilities. This game always takes me around two days to complete. Totally worth it. Play here.

Not an actual horror game, but still entertaining. The main task is to scare the festive idiots out of your home! Preferably, without killing them. You can make them jump out of a window in fear if you go too far. The atmosphere starts out chill and as you play it gets scarier which gives you more horrifying options on how you want ot scare them. Play here.

I expected this page to have a longer list, but I remembered that most of the scary games I played involved lots of gore. Yea there might be some blood mentioned in here but I don't consider zombies a *disturbing* thing. I'd rather not have that kinda stuff on my site. If I do come across a good horror game then I'll promptly update this page *snirk.